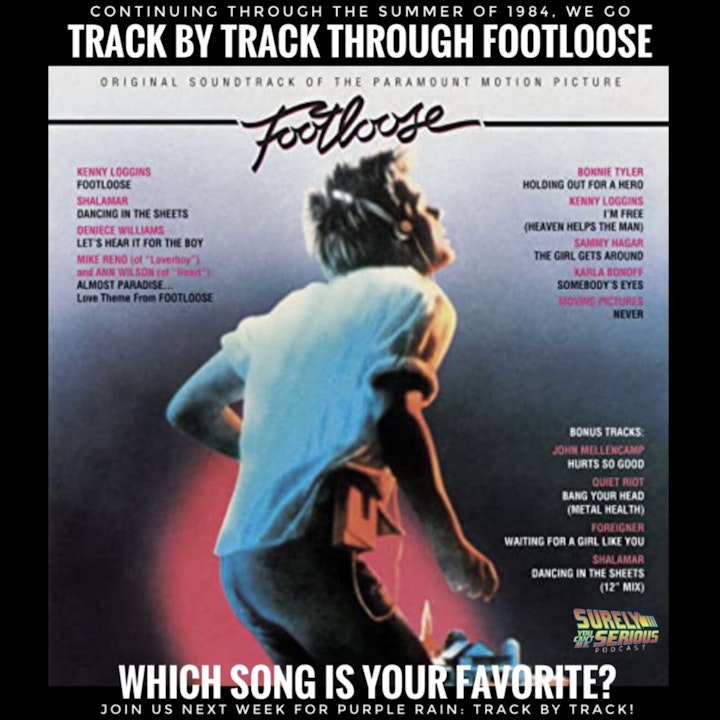 Even if you never saw the movie "Footloose", if you listened to the radio or watched MTV during the summer of 1984, chances are you were very familiar with the songs on the soundtrack!  Of the nine songs on the original album, six were Top 40 hits, three  were Top 10 hits, including two number-one hits.  These songs were everywhere that amazing summer.  Kick off your Sunday Shoes and join us as we go track by track through the album, discussing the artists, the videos and the stories behind the creation of the songs.  Let's DANCE!