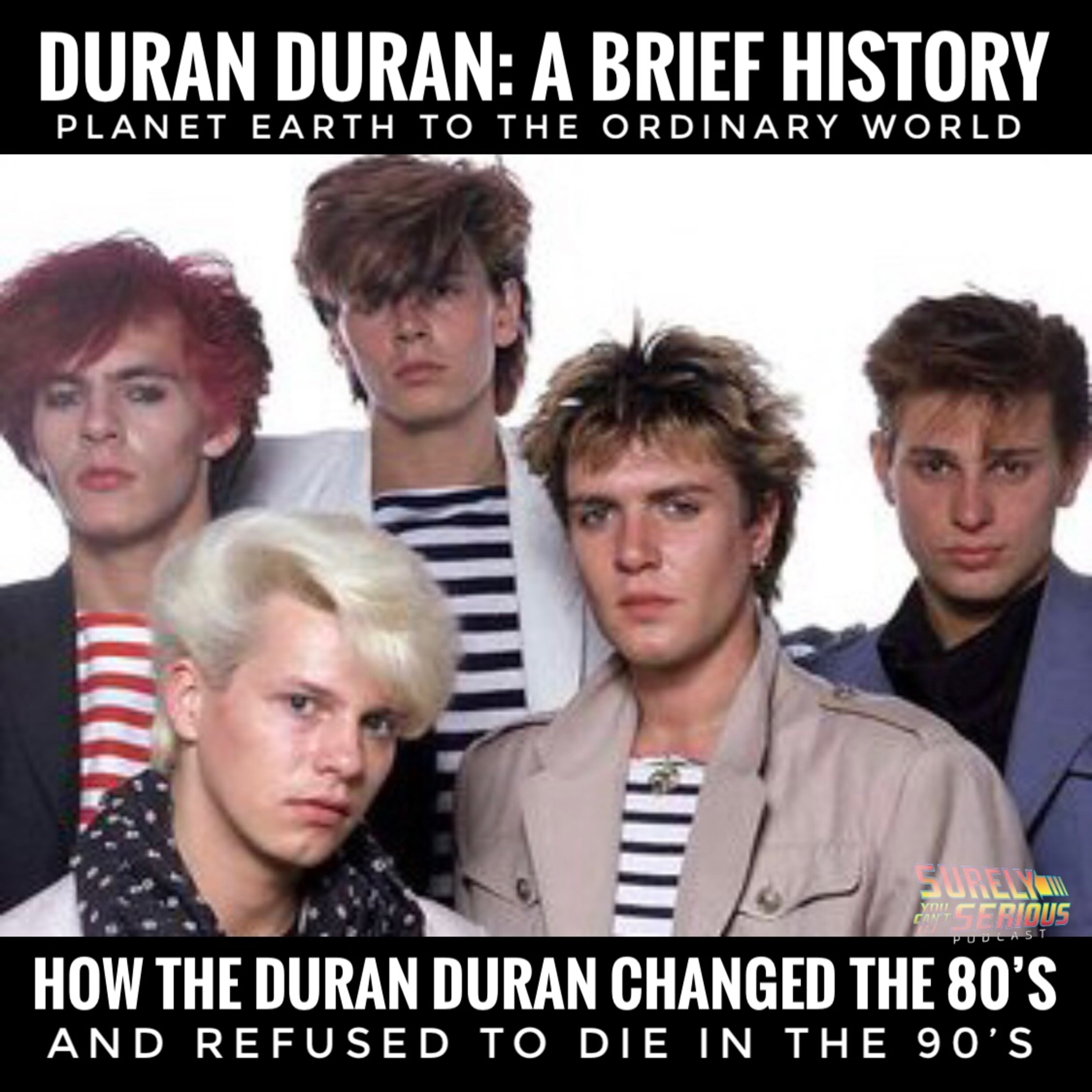 When Duran Duran hit the airwaves of MTV in 1981 it was a marriage made in heaven (despite having the first video banned by MTV).  Join us as we discuss each of the Fab Five, how the ended up as the house band at the Rum Runner and ultimately how they took America by storm in 1982.  Along the way they dated famous women, were the favorite band of a Princess, gave us one of the best Bond songs of all time and were nearly collateral damage in an international assassination plot!  Save a prayer and stay for their ultimate comeback in the 90's.